Famous locksmiths that have made history 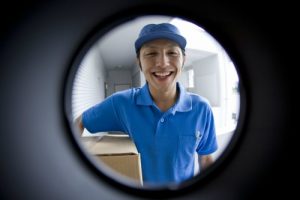 The history of locks all began in 600 BC and since then locks have remained an important role in our society. Throughout the many years, there have been many players involved in the history of locksmithing. With the help of some of their creations, we can now make locks the amazing and useful tool that we use today.

We have these locksmiths, and many others to thank for it. Below is a short list of those people and what exactly they contributed to make a difference.

Let’s go back to as early as 1688 for this first one. Up to this point keys and locks have progressed quite a bit. Up to this point the design for keys were really what changed a lot rather than the actual lock itself. But a man by the name of John Wilkes decided to change that.

By 1688, he created what we know as the John Wilkes’ Detector Lock. Named after himself, this was the first one to be considered a marvel during the time. Up to this point the sophistication of the locks became more elaborate, however this one blew it out of the park.

First the locking mechanism was simple, but had multiple steps. You first needed to cock the merry musketeer and then slide his leg up to find the keyhole that’s hinged at his knees.

What was even more elaborate was the counter that was next to the lock. Whenever you turned the key and opened the door the ticker would go up. People at the time would make a mental note of what the number was so if the number was different when you left or entered the home than what you memorized, you would know someone was messing with your stuff.

Moving ahead to almost 100 years later in 1784 we have Joseph Bramah, inventor of the Bramah lock. Up to this point, many of the locks in the world didn’t offer much in the form of manipulating the lock. Going back to John Wilkes lock, you could tell someone messed around with the lock however it would be hard to tell if it was from a family member or from an actual threat.

The identification is vague at best. So Bramah did something about it. He created a lock that made it difficult to manipulate and it was the first ever commercial lock to offer that.

To prove his point, Bramah hosted a “Lock Challenge” offering 200 Guineas to the person who could crack the lock. That challenge remained for 50 strong years until a man by the name of A.C Hobbs managed to crack it in 1851. According to Hobbs, it took him upwards of 50 hours to crack it.

This was the first stepping stone to making difficult to crack locks through traditional methods.

Tor Sørnes
Speeding forward to more recent times, the last notable locksmith we have is Tor Sørnes, a Norwegian author, engineer, politician, and designer and inventor of the VingCard. By 1975, the VingCard was created, a plastic card that’s crafted with various holes on it.

This card, still used today mind you, was the first creation of the keycard locks. To this day we use them in hotels to enter our rooms. The only difference now is that the cards today use a magnetic stripe rather than holes, however the base design was first created by Tor Sørnes.


Famous locksmiths that have made history https://killeentxlocksmith.com/famous-locksmiths-made-history/ 3.9/5 based upon 17 reviews.